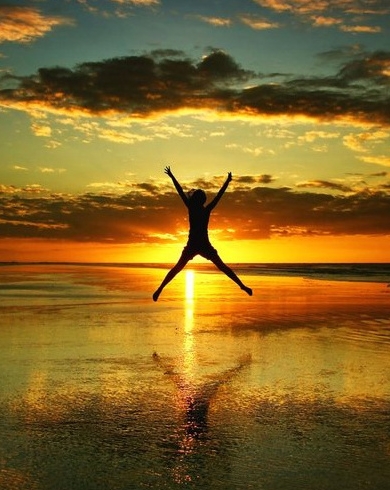 Shanti Pax has launched a peace process. This is blog #7 of a 10-blog series called, “The Peace Process: Your 10 Most Powerful Actions for Lasting Peace.” These are the top 10 actions you can take to be AT PEACE during your day and ADD PEACE to the world.

Your 7th most powerful action is: Know you are powerful beyond measure

Knowing you are powerful beyond measure is achieved through self-empowerment. Being self-empowered is a critical element not only for high-reaching global goals, but also for attaining your personal goals and enabling you to be your greatest self.

I wrote about Malala Yousafzai in a previous blog post as an example of someone who is powerful beyond measure. Her story continues to inspire and empower me.

Malala was a nominee and favorite to win the 2013 Nobel Peace Prize. Instead, the Nobel Committee chose the Organization for the Prohibition of Chemical Weapons (OPCW) for their work overseeing the destruction of Syria’s chemical weapons arsenal and to encourage nations to sign and implement the 1997 Chemical Weapons Convention.

This isn’t the first time the Nobel Committee has given the top peace honor to a person or organization to encourage good peace behavior. In 2009, for example, it went to President Obama during his first year in office in a likely attempt to set the stage for his presidency.

I support the Nobel Committee using the Peace Prize to persuade leaders and nations to favor peaceful solutions to global problems, but Malala should have been their 2013 pick. The OPCW is doing some heroic work now in Syria, but the work is far from over. People are still suffering on a massive scale, and the award sent a message of “mission accomplished” while the situation is still dire.

By awarding the prize to Malala, the Nobel Committee could have seized on the momentum Malala is now creating and sent a message to the Taliban and other groups that there is no place for intolerant ideology left on this Earth. 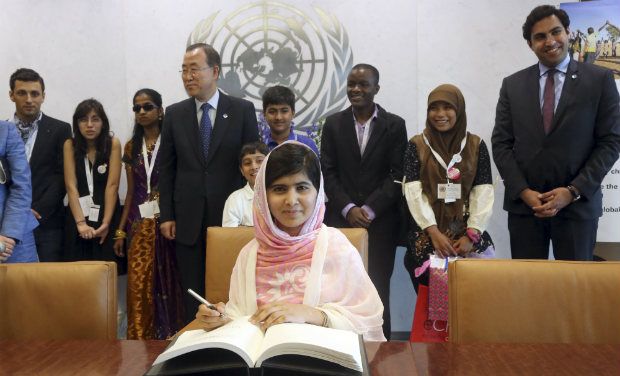 What is it about Malala?

I’ve been tracking Malala’s story since she was blogging about girl’s education for the BBC before she was shot. I’m not the type of person who normally cries at movies, but I tear up every time I watch Malala speak. In the media, she’s referred to as “Malala Yousafzai, the young girl shot by the Taliban for going to school.” But to me, she’s “Malala Yousafzai, the next generation’s voice for girls’ education.”

She speaks with a compassion and wisdom that belie her 16 years, yet maintains the essence of youth. I sniffled through most of her interview on the Daily Show. When Jon Stewart asked Malala what she would do to a Talib if she had the chance, she said she would forgive because:

“You must fight others through peace, dialogue, and education.”

Click the video below to watch this touching interview:

One of the reasons I’m so inspired by Malala is because of her self-empowerment. She has a fearlessness about her that says: “I’m here to empower women and advocate for girl’s education. If you don’t like it, I’ll crush you with my positive messages of hope and peace.”

I’ve spent a lot of time in Pakistan and Afghanistan, I know the cultures as well as a Westerner can. Many young girls, especially in the rural areas, are married at tender ages to then move in with their in-laws and work as near servants whilst having as many children as their bodies can tolerate.

Despite this cultural upbringing, Malala was a born leader with an ability to see beyond limiting belief systems. Much credit must go to her father for enabling Malala to take on this leadership role. Her father was the head of a girl’s school in Swat Valley shut down by the Taliban. He risked life and limb to keep the school open so Malala and the other girls of the village could continue their education and publicly spoke out for women’s rights.

After Malala was shot, she could have labeled herself a victim, recovered in the UK, and returned quietly to school. But she didn’t. She took her story of tragedy and turned it into a dream – a dream that all girls around the world have the opportunity to learn.

Most of us are not held back by the Taliban, we are held back by our own limiting beliefs. We may say to ourselves, “I’m not good enough. I wish I were more talented. Or nothing good ever happens to me.” It’s the self-critic that lives inside all of us that prevents us from feeling powerful beyond measure and achieving our goals.

Malala is a 16 year-old girl from an area of the world where a woman’s role is to be silent, and she is sparking a global fire to ensure all girls have a chance to education.

You too have the power to turn difficult times in your lives or sad situations into dreams.

Here are five tips to boost your self-empowerment:

1. Take 100% responsibility: The most critical step to self-empowerment is to take 100% responsibility for your own life. Things will always happen to you that are out of your control. Heck, the U.S. government could even shut down, but it’s completely up to you to decide how you will respond and how you can grow, learn, and even have fun through the challenges.

2. Do not be a victim: When you allow yourself to become a victim, you give away your power to this label. I interviewed Nitin Madhav who was shot in Rwanda while working for a medical NGO and rejected the idea of being a victim and had this to say about responding to difficult situations, “You just do the best with what life hands you, and sally forth.”

3. Monitor your thoughts: The biggest drainer of self-power is our own inner critic telling us we’re not good enough. Spend some time jotting down your self-critical judgments. This helps lessons their intensity and frequency. Also, note the situations where self-criticism occurs, and see if you can spot patterns.

4 Evaluate your judgments: Examine whether your self-criticisms are fair. If you think you’re an untalented person, are you untalented all the time? Are there times when you are talented? Yes, of course there are.

5. Try transcendental meditation: Research shows that profound physiological changes take place while we meditate, including a state of consciousness called restful alertness. In this unique state, the mind is completely calm and still, yet extremely alert. Over time, this coherence and order spills into daily activity – which translates into sharper, more empowered days.¹

Speak up: What did you think of the Nobel Committee’s decision for the peace prize? What are your thoughts on Malala’s international fame? How were you inspired by Malala or former Nobel Prize winners?

Take action: I challenge you to fill yourself up with feelings of empowerment. Try the actions mentioned above. Replace your inner critic with an inner cheerleader. Know that you are powerful beyond measure.

Did you like the article? Then subscribe to Shanti Pax to receive inspirational stories of peace and other words of wisdom I only share in email.

# 6 – How I Wanted to Give a Man a Better Life and Drop a Bomb on Him
Scroll to top
We use cookies to ensure that we give you the best experience on our website. If you continue to use this site we will assume that you are happy with it.Ok