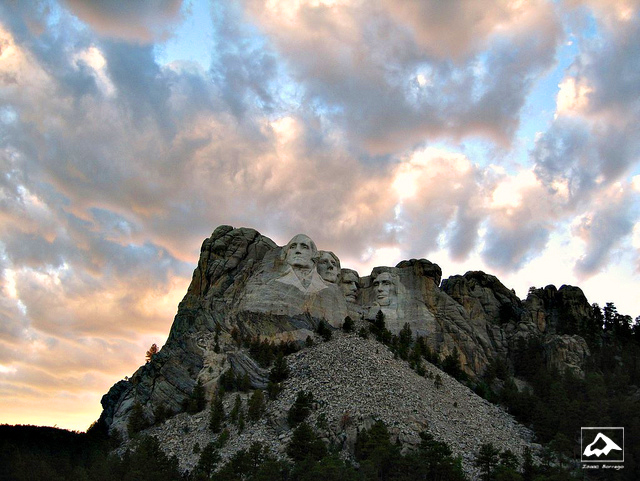 I live in Europe, and “Oh, that’s SO American,” is a line I hear often. I’ll tell you what it means and why it matters in this story of being SO American.

I grew up in a serene, farming community in South Dakota – home of the famous American landmark, Mount Rushmore. I departed my homeland for the first time at 19 years old to spend a summer in Cuernavaca, Mexico learning to dance salsa at the discotecas with some occasional Spanish language learning. Since then, I’ve spent nearly a decade outside of my home country and have lived on four continents.

The first time I fully considered what it meant to be an American was after I joined the Peace Corps. Living with my host family, I realized that I needed my personal space, access to peanut butter, and daily exercise – things many people in developing nations don’t have.

Over the years, I’ve identified less with my nationality and more with being a citizen of the world, which I wrote about in a previous blog post. I’ve also come to learn how others around the world perceive Americans.

I now work in a multinational environment with coworkers coming from 28 different European nations, and stereotypes are often part of the daily discussion. According to these typecasts, the French are snobby. The British are know-it-alls. The Germans are hyper organized. The Dutch are cheap. The Mediterraneans are allergic to work, etc, etc.

Likewise, there are endless stereotypes about Americans. The following are the top ten that I’ve compiled over the past 18 years of living off and on abroad:

9) Americans are too nationalistic

7) Americans are too focused on the bottom line, work too many hours, and don’t receive enough vacation

3) Americans are happy people with a can-do spirit – but at times naive.

And the number stereotype of being SO American is…

Do you feel hurt or annoyed by any of this? If you do, I understand. For a while, it irked me to be lumped in with these preconceived notions of being SO American. I would get defensive, asserting that none of these stereotypes applied to me, except admittedly, I can be loud.

As I stewed in my juices over these stereotypes, I participated in a training with people from all over Europe. While I was there, I discovered my own ability to stereotype.

First, when working on a small group exercise, I suggested a German be the group leader because Germans are super organized. The German woman gave me a strange look and said, “That’s quite a stereotype.”

Then, at lunch a Scotsman was telling a story about a harrowing incident involving too much whiskey, and I made a comment regarding the Scottish propensity to drink a lot of alcohol. In response, the man looked miffed and said, “Not all Scots drink too much.”

Last, but not least, at a coffee break the subject of why European men wear Speedos came up (a stereotype in itself), and an Italian man stated that his countrymen prefer wearing Speedos because Speedos were more comfortable for swimming. I countered, asserting that Italian men enjoy wearing Speedos to show off their physique. To that, the Italian looked at me and said, “That is an unkind thing to say.”

Knowing that I had said something unkind to a near stranger felt rotten. I realized that I was stereotyping others in the same hurtful way that I disliked. So, I vowed to better adopt the golden rule into my life and do unto others the way I would have them do unto me.

“The ability to observe without evaluating is the highest form of intelligence.” ― Jiddu Krishnamurti.

In stereotyping others – especially in a negative light – we are casting judgment. When we judge others, we are only judging aspects of ourselves that we find inadequate. To quote the Bible, “For in passing judgment on another you condemn yourself, because you, the judge, practice the very same things.” 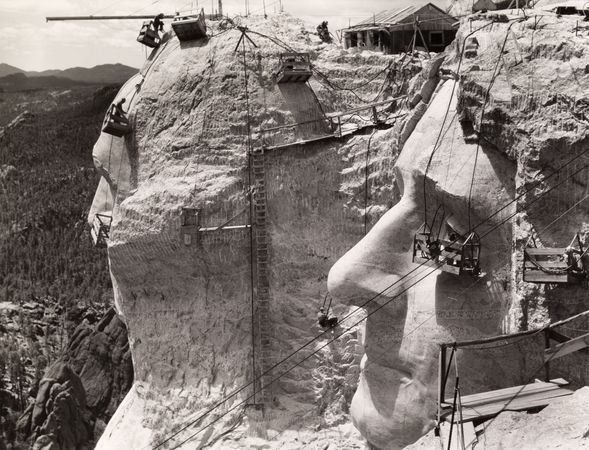 Construction of Mouth Rushmore in 1939. What would the world think if the U.S. were carving Mount Rushmore today? Would it be considered too patriotic or over the top?

I used to be a socio-cultural analyst where I had to analyze why ethnicities, tribes, or religions behaved in a certain way. In order to make conclusions, I had to make generalizations. But I knew with every generalization, there were hundreds of caveats and exceptions to the rule.

So yes, we can say, on average, Americans drive big cars. But if you find yourself casting a negative stereotype on any group of people, first consider how you’d like it if others were stereotyping you, and recognize that you are casting judgment.

“When you judge another, you do not define them. You define yourself.” – Dr. Wayne Dyer

Now when I hear that famous line, “Oh, that’s so American,” I don’t get irked, I just kindly point out that not all Americans fall into whatever stereotype is being referenced. I continually strive to lessen my own stereotyping. I still have my moments, but I’m always aware when it’s happening and resolve to let it go for next time.

In these moments of judgment, I immediately ask: “What aspect of myself am I finding inadequate?” and an answer always appears.

Take action: Can you bring greater awareness to the judgments you may be making in your life? Is it a people, a race, a nationality, or a neighbor? Can you look at yourself and see if there is some aspect of yourself that you are judging and projecting on to others?

Did you like this content?? Then subscribe to Shanti Pax to receive inspirational stories of peace. I love sharing these stories with you, and in return, I’d be grateful if you “liked” this post and shared it with a few friends.

Remember, it’s the little changes that you make in your daily life that brings greater peace to the whole.

The 5 Steps to Stop Modern Gadgetry from Robbing You of Peace
Scroll to top
We use cookies to ensure that we give you the best experience on our website. If you continue to use this site we will assume that you are happy with it.Ok