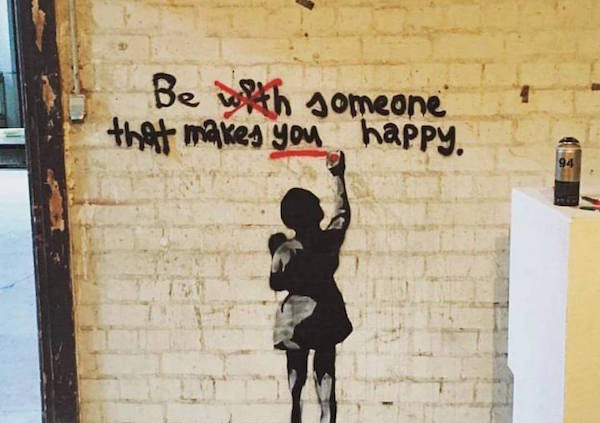 “When you’re different, sometimes you don’t see the millions of people who accept you for what you are. All you notice is the person who doesn’t.” – Jodi Picoult

August means les grandes vacances in most of Europe – the glorious time when Europeans take around 4-6 weeks of summer holiday to go to the South of Spain or other spectacular destinations for rest and relaxation.

For those of us without vacation homes on Ibiza and who stick around, it’s a lovely time in Brussels of minimal traffic and short queues.

As a reminder, I plan to be on maternity leave until around the beginning of 2017 (and I’ll keep you posted on that in the months to come).

Consequently, there will be a strategic pause in the world-class Shanti Pax Newsletter. But rest assured, I’ll be checking in from time to time with updates and thought-provoking reflections. 🙂

Before I sign off, I want to reflect on the past 7 months from a passion pursuit perspective.

In January of this year I finally did it. I transitioned to pursuing my passion (of life and career coaching) full-time. I’ve dreamed of this moment and being my own boss for over 10 years.

And well, it’s been a bumpy ride. The highs were spectacular and revolved around making a positive impact on the lives of others. The lows were lousy, focused on a myriad of limiting beliefs such as, “I don’t know what I’m doing. I should give up and go back to my old career. I’m not growing fast enough.”

But what I struggled with the most was owning my new and true identity.

I was convinced that most other people respected my old career more than my new one.

To overcome this, I searched the outer limits of my imagination for a title sexier than “life coach.” I thought that if I could find the words to better describe what I did, others would respect it more.

I tried telling people, for example, that I was a business owner. But that immediately begged the question, “What kind of business?”

When I answered, “Life and career coaching,” I saw a look of disappointment in their eyes that chided, “Big frickin’ deal.”

My response was to get mad and whinge about it later to my husband. I was angry because they didn’t appreciate the risks I took, the sterling career I left behind, and the guts and determination it took to make it as an entrepreneur.

They were being close-minded, I concluded, and probably a little jealous.

After expending a lot of time and energy mad and searching for the most profound way to describe what I do, I reached an epiphany: It doesn’t matter what they think. It matters what I think.

I knew this already, but as with all good advice, you have to grow into it layer by layer until you’re fully living the breadth of its wisdom.

The truth was I had no clue what they were thinking. I couldn’t read their thoughts. No one ever said to me that they didn’t respect me or my new career.

A seasoned life coach that I admire is Susan Hyatt. She coaches celebrities, sells out her programs within hours, and is about to publish a new book (which I’m sure will land on a bestseller’s list).

Susan hasn’t concocted a sexy title for herself. She calls herself a life coach, but she says it with the same conviction as the CEO of Microsoft. The magic comes from her authenticity. She believes in and respects what she offers the world and that shows through in all aspects of her business.

Susan’s confidence coupled with my own experience has taught me 2 things:

1) Titles are just words – it’s the belief in yourself that makes it sexy.

No amount of catchy “wordsmithing,” can replace the allure of a person who is being completely true and authentic – grounded in what they stand for and what they offer others.

Whether you loath your job or are in the midst of transitioning to your dream career, honor the blood, sweat, and tears you’ve expended to get where you are.

And if you want to transition to something more aligned to your true talents and desires, ease into it at your own pace. Being 100% confident and assured in your new role normally does not come overnight. It comes with practice and perseverance. That means each and every time you introduce yourself to a potential client or collaborator, you push the edges of your comfort zone to create more space for confidence and assurance in who you truly are.

And in no time, you’ll not only own your true identity, you’ll love it.

I’d love to know, do you ever struggle with your true title or owning the work you’d love to do most? What’s one thing you have done or can do to overcome it? Leave a comment on the blog.
Sending love, XOXO
Allyson

If you’re interested in working with me in the future, add your name to the coaching interest list to be the first to know when I’m accepting clients again: Coaching Interest List.

Caution! Avoid these 3 words (+ do this instead)

Why the Flaming Heck Am I Cussing?
Scroll to top
We use cookies to ensure that we give you the best experience on our website. If you continue to use this site we will assume that you are happy with it.Ok