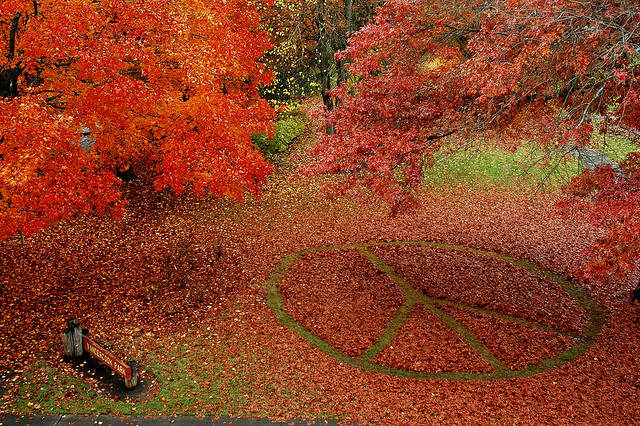 Shanti Pax launched a peace process. This is blog #6 of a 10-blog series called, “The Peace Process: Your 10 Most Powerful Actions for Lasting Peace.” These are the top 10 actions you can take to be AT PEACE during your day and ADD PEACE to the world.

Your 6th most powerful action is: Do Unto Others

The Golden Rule is the simple truth that when you treat others the way you wish to be treated, the result is peaceful. This applies to both daily life and disputes among nations. In this blog post, I tell my story of struggle with the Golden Rule and offer 6 questions to ask when you encounter a challenging relationship.

Aspects of the Golden Rule can be found in every major religion and almost every ethical tradition. Some examples are:

Even though I host a peace blog, I don’t feel at peace all day, every day. I often write about the concepts I struggle with most. The Golden Rule is one such example.

When I served in Iraq, I worked inside the “Green Zone” where we received daily and nightly rounds of indirect mortar and rocket fire. When the rockets fell, there was nothing we could do to protect ourselves other than to lie flat on the floor and pray for the explosions to stop – which is true for anyone in such a situation.

In those heart pounding moments on the floor, I’d think about the person who was launching the rocket. In my mind he was a young man of around 21 years old. And as the explosions fell closer to where I lay, I envisioned Black Hawks surging out to drop bombs on anything that looked suspicious.

So there I was, wanting both a two-ton bomb dropped on the young man’s head, and wanting him to understand that I was there in peace to help rebuild his country.

The man was likely launching the rocket in response to something that had happened to him. Maybe coalition soldiers had kicked down the door of his house and threatened his family, maybe a loved one had been killed, or maybe he was fighting for his freedom against foreign occupation.

I knew that I would fight for my freedom if a foreign occupier was kicking down my family’s door. In other words, I was seeking to impose on another that which I avoidest suffering. But with each ear-splitting bomb that exploded around me, I wished a bomb back on the young man whose life I was there to make better.

This is often the way in conflicts – both big and small. We treat others the way we perceive we’re being treated – not the way we wish to be treated.

If this young man and I would have sat down for a cup of tea and declared to one another, “I will not impose onto you what I do not choose for myself,” the result would have been peaceful. He would have stopped launching rockets at me, and I would have packed up and gone home.

“Be kind, for everyone you meet is fighting a hard battle.” – Plato

You don’t have to go to a war zone to be challenged by the Golden Rule. You are often forced into difficult relationships with people you normally wouldn’t choose to spend time with: work colleagues, the parents of your children’s friends, and even family members.

These relationships can be a source of conflict and add an enormous amount of stress to your life. A powerful way to release that stress and add more peace to your day is to treat that person the way you wish to be treated – not the way you perceive they are treating you.

The following are 6 Golden Rule questions to ask if you’re in a difficult relationship:

1. Do I know everything about this person?

There may be times when you feel as though you’re treating someone kindly, but they aren’t reciprocating. When this happens, consider there may be aspects of the person you don’t know about, which is causing their difficult behavior. For example, people who bully were often bullied as a child or had a parent who was a bully. Then, think of a time when you were fighting a hard battle and not at your best. Remember how much you needed others to be kind, even if you weren’t able to fully reciprocate.

2. Why would this person judge me?

If someone is making judgmental comments about you or if you feel as though you’re being judged, remember that the other person is actually judging themselves. Don’t judge back and understand they are only projecting their fears onto you.

3. How am I supposed to learn or grow from this person?

Spiritual thought leader Wayne Dyer teaches that the people who try our patience the most are our real soul mates. Jesus taught us to love our enemies. It’s the people with whom we struggle with the most who help us grow and learn the most.

4. Why am I not being treated the way I want to be?

5. Could I be misinterpreting their words or actions?

I work in a multinational environments with people coming from 30+ nations. Every day I encounter cultural misunderstandings, language misinterpretations, and missed nuance. What one person transmits is not always accurately understood by the receiver. So, instead of jumping to negative conclusions, evaluate whether you truly understand what was said or done, or better yet, ask.

6. How can I treat this person the way I would like to be treated?

If you feel like someone is not treating you with respect, try respecting them. If you feel like they’re being unkind, try being kind. In being kind to someone who is unkind to you, their kindness stings less, and you walk away with the peace of mind that you did your best.

What do you think? How have you handled a difficult relationship in the past? Have you ever felt like you were treating someone well only to be treated poorly in return? How did you handle it? Post a comment below.

Take action now! Think of one person in your life whose relationship you would like to transform. Try asking the 6 questions and wait for answers to guide you forward.

If you liked this article…then sign up to Shanti Pax to receive inspirational stories of peace and other words of wisdom I only share in email.

#9 - A Near Death Experience and an Incredible Story of Healing

#7 – Feeling Too Weak To Make Your Mark? Then Read This.

#5 – My Run-In with the Mafia in Sicily
Scroll to top
We use cookies to ensure that we give you the best experience on our website. If you continue to use this site we will assume that you are happy with it.Ok